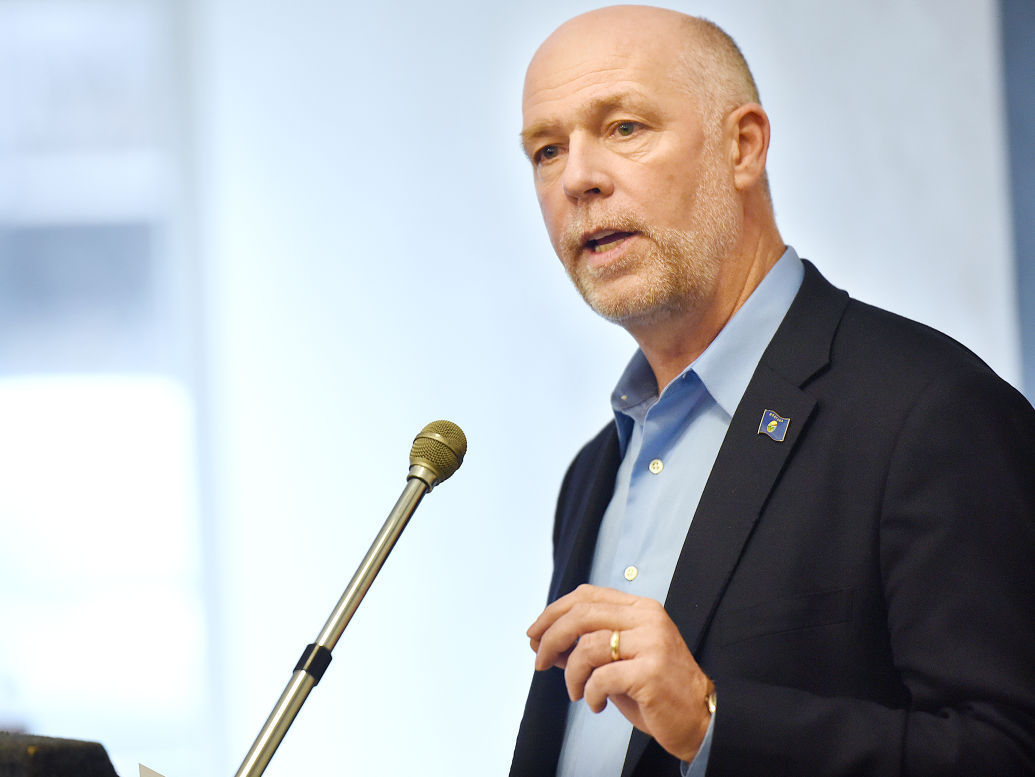 Greg Gianforte should be in jail right now.

Less than twenty-four hours before a special election for a seat in Congress, Gianforte attacked journalist for The Guardian Ben Jacobs, grabbing him by the throat and “body-slamming” him to the ground, according to confirming reports by Fox News (of all places) and BuzzFeed. Instead of cooling his heels in a Montana jail cell, Gianforte, a man with ties to Russian companies that Jacobs reported on last month,  was rewarded with an extra $100,000 in campaign contributions, and a victory over Democrat Rob Quist.

At first, Gianforte’s camp tried to place the blame on Jacobs, saying that the incident was “aggressive behavior by a liberal journalist,” essentially providing the childish “He started it!” defense. Had this assault not been corroborated by Fox News, Gianforte probably would have gotten away with it, given the sheriff who cited him donated $250 to his campaign.

Gianforte’s actions were a disgusting display of his lack of temperament, and a clear indication of where we are as a nation under the Trump regime. By calling the Fourth Estate “the enemy of the people”, and slandering reporting that holds him responsible for actions within his administration as “fake news”, Donald Trump has indeed created an environment where those so immersed in his culture now feel empowered to be the bullies they’ve always felt liberals to be. Snooping “liberal” journalist out to get your favorite Right-wing candidate by asking too many questions? Just beat the crap out of him/her and keep it moving.

As The New Republic‘s Brian Beutler points out, Gianforte’s actions should scare the hell out of anyone with an ounce of patriotism:

All the more because of Gianforte’s victory, conservative candidates across the country know they can abuse reporters, lie about it, use political violence to raise money, and find safe harbor in the Republican cloakrooms of the United States Capitol. Yet taking all of this in, the NBC News political cheat sheet First Read lamented that the “body slam of [a] reporter is another sign of America’s broken politics.” That conclusion isn’t wrong, much as the broken wing of an airplane might send the whole vessel into a spiral dive, and, in surveying the wreckage, one could accurately exclaim that “the plane broke.”

The New York Times’ Jacey Fortin reported on the rash of physical assaults on press freedoms in the Trump era:

Last week, John M. Donnelly, a journalist for CQ Roll Call, said he was pinned against a wall by security workers in Washington as he tried to ask a question of Michael P. O’Rielly, a commissioner on the Federal Communications Commission.

Two plainclothes security workers used their backs to keep him against the wall and away from Mr. O’Rielly, Mr. Donnelly said.

“There was absolutely nothing in my countenance that could be perceived as a threat,” Mr. Donnelly said. “I think they interpreted that I was going to ask a question, and they were determined to stop it.” Mr. O’Rielly later apologized on social media.

The Columbia Journalism Review is also keeping a running tab on assaults on the press, be they actual assault, the locking out of American journalists from certain briefings, or Trump telling then-FBI director James Comey to lock up journalists who report and publish leaked information, according to a New York Times report.

Assaulting journalists and banning the press from certain briefings are the actions of a party fully on board with becoming the enablers of strongmen. The alleged Leader of the Free World rewards dictators like Recep Tayyip Erdogan by inviting him into the White House, and allowing his goons to attack peaceful protestors outside the Turkish embassy; he calls murderous thugs like Rodrigo Duterte of the Philippines and calls him great, and he fondles an orb with the king of Saudi Arabia, a country that violates human rights with impunity, so why should a congressional candidate’s assaulting a journalist surprise anyone?

Because the Right is so afraid of losing the power they’ve been rightly deprived of for the better part of a decade, they won’t stop this immature, vile madness. Instead of demanding a suspension of his campaign, Speaker of the House Paul Ryan weakly said Greg Gianforte should apologize for his actions yesterday.

And so it goes.